Here at Roosevelt Veterinary Center, we believe in the importance of preventing diseases before they happen and allowing your pet to enjoy a happy and healthy life. Following the American Animal Hospital Association’s guidelines for vaccination of dogs and cats, we offer several vaccines that are important for all pets and several that may be important for your pet depending on his or her lifestyle. 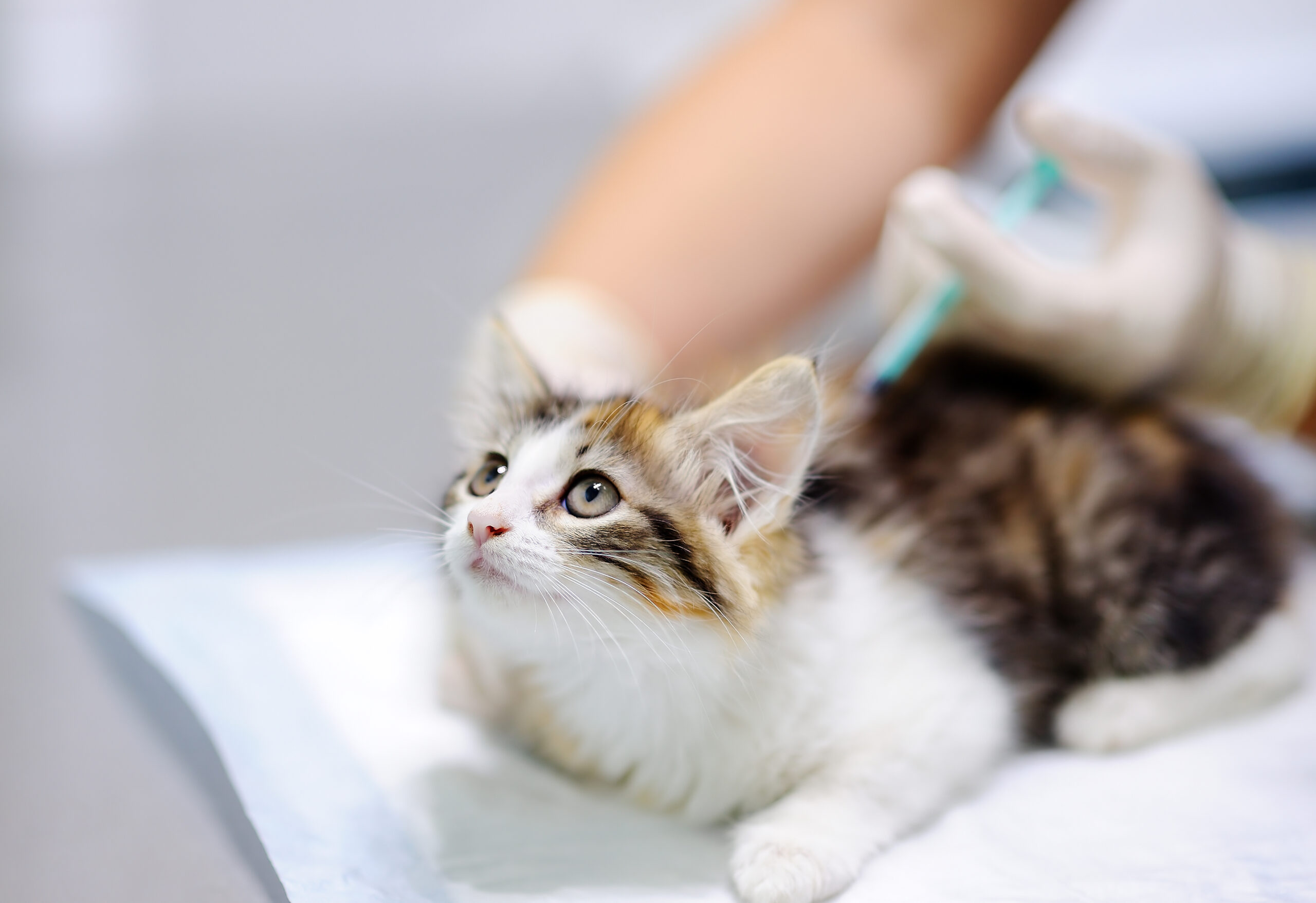 Rabies is a dangerous and deadly viral disease that causes inflammation of the brain in infected animals. Rabies vaccination is extremely important and life-saving and is required by New York and CT state laws for all dogs, cats, and ferrets. The first rabies vaccination should be administered no sooner than 3 months of age and no later than four months of age. Your pet will then receive a rabies vaccination booster the following year and then every three years thereafter.

Humans or animals can contract rabies if they are bitten by an infected animal. Infected saliva from the bite can enter the bloodstream, leading to infection and, in many cases, death. For humans, rabies is nearly always fatal if vaccination is not administered prior to the onset of severe symptoms.

Even if an unvaccinated pet has never been exposed to rabies, if that pet bites a person, the pet must be quarantined for 10 days and monitored. If the pet becomes sick and exhibits signs of rabies during this period, the pet must be euthanized and submitted for rabies testing. Sadly, our veterinarian has seen far too many cases where an unvaccinated family pet scuffled with an oddly acting raccoon in the backyard, and the owner who tried to break up the scuffle was bitten. In these sad cases, the family pet had to be euthanized for rabies testing. Our pet hospital strongly recommends that all pet owners comply with state law and vaccinate their pets to avoid the untimely death of their pet or harming the health of another human. You can learn more about state requirements and pet vaccinations at veterinary hospitals by visiting www.health.state.ny.us/diseases.