Meet the Team of
Roosevelt Mansion

It can be scary to leave your pet for any length of time. You want to know they are safe, cared for and most importantly, understood. That’s where the staff at Roosevelt Mansion comes in. 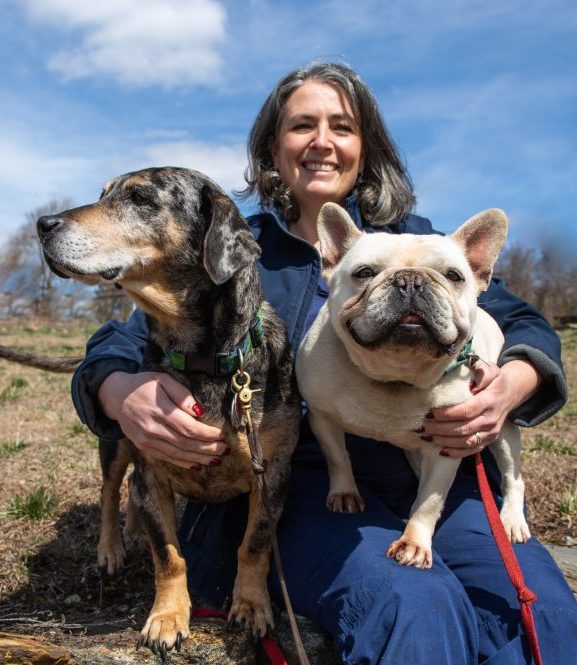 Allison Glassman grew up in the Hudson Valley and got her BS in Biology from Ithaca College. After spending five years working in a laboratory in NYC, she went to veterinary school and became a 2001 graduate of Ross University’s School of Veterinary Medicine. Dr. Glassman opened Roosevelt Veterinary Center in Brewster in 2005, in a smaller location that was part of a shopping mall. As time went on, the practice grew and in June of 2018, the practice moved and expanded to its current location at Route 22 in Brewster that included more exam rooms, larger treatment and lab areas, a boarding service for both cats and dogs and a daycare program. Since then, she also added Rosy’s Rescue, a non-profit that rescues and provides early kitten/puppy care for future adoptions. Using modern surgical techniques, the practice became a local success with its popular low-cost spay and neuter clinics. Dr. Glassman is the proud parent of two children: 13-year-old Maggie and 11-year-old Sean. She also has two furry children also, a Bassett/Beagle mix named Blue, and Wilbur the Frenchie! 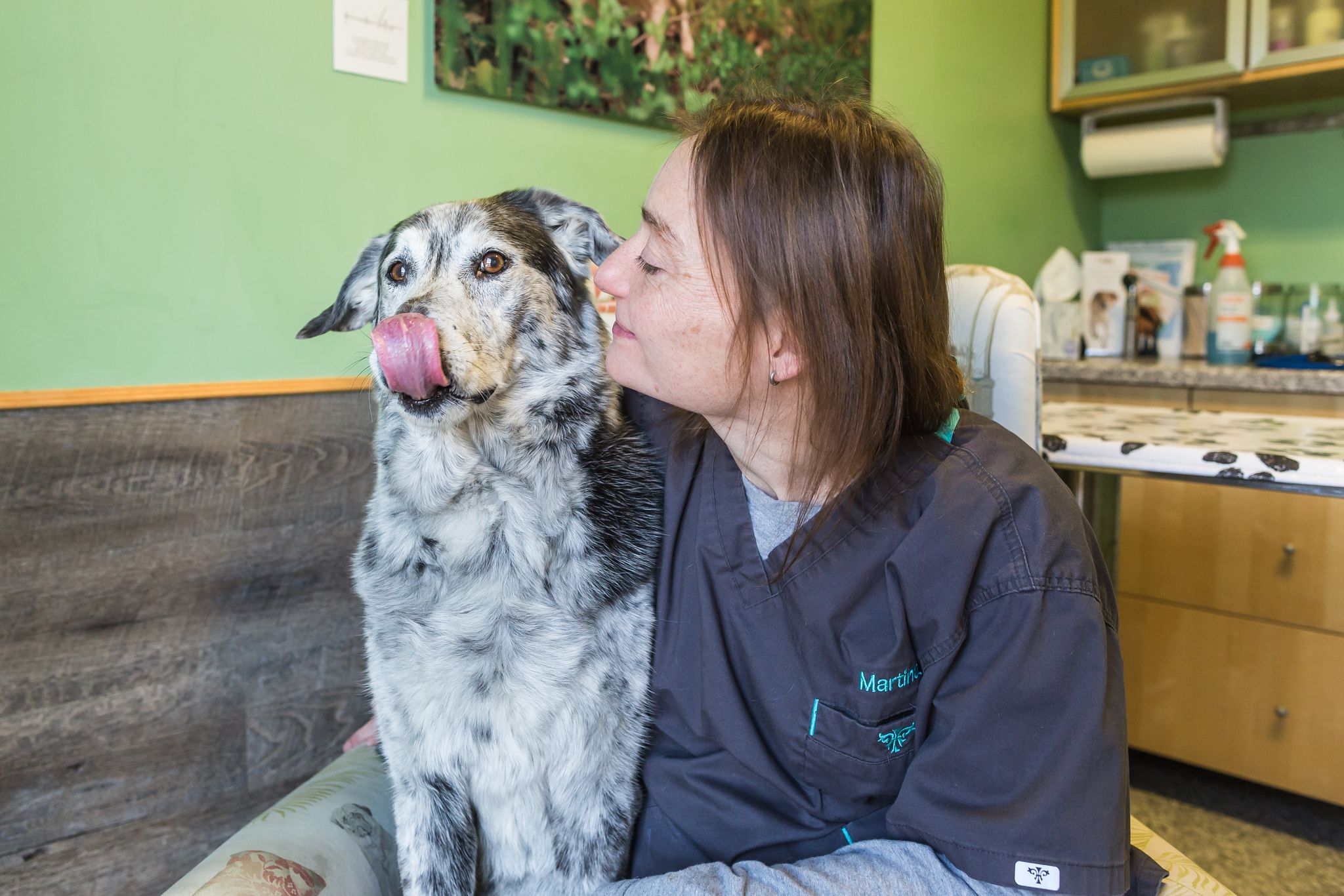 Martina (and her Luna), Veterinary Tech

Martina joined the RVC team in August 2015. Her passion for animals started while she was working in shelters back in Germany where she was born and raised. Martina moved to the United States in 2003 and became a veterinary technician in 2004. She became a New York resident in 2009 working in small animal medicine. With over 10 years of vet tech experience her gentle nature, dedication, and love for animals are evident in everything she does. In her spare time, Martina goes hiking, travels and makes jewelry. She also enjoys spending time with her husband Adam, her dog Luna (Catahoula mix) and her cat Selma. 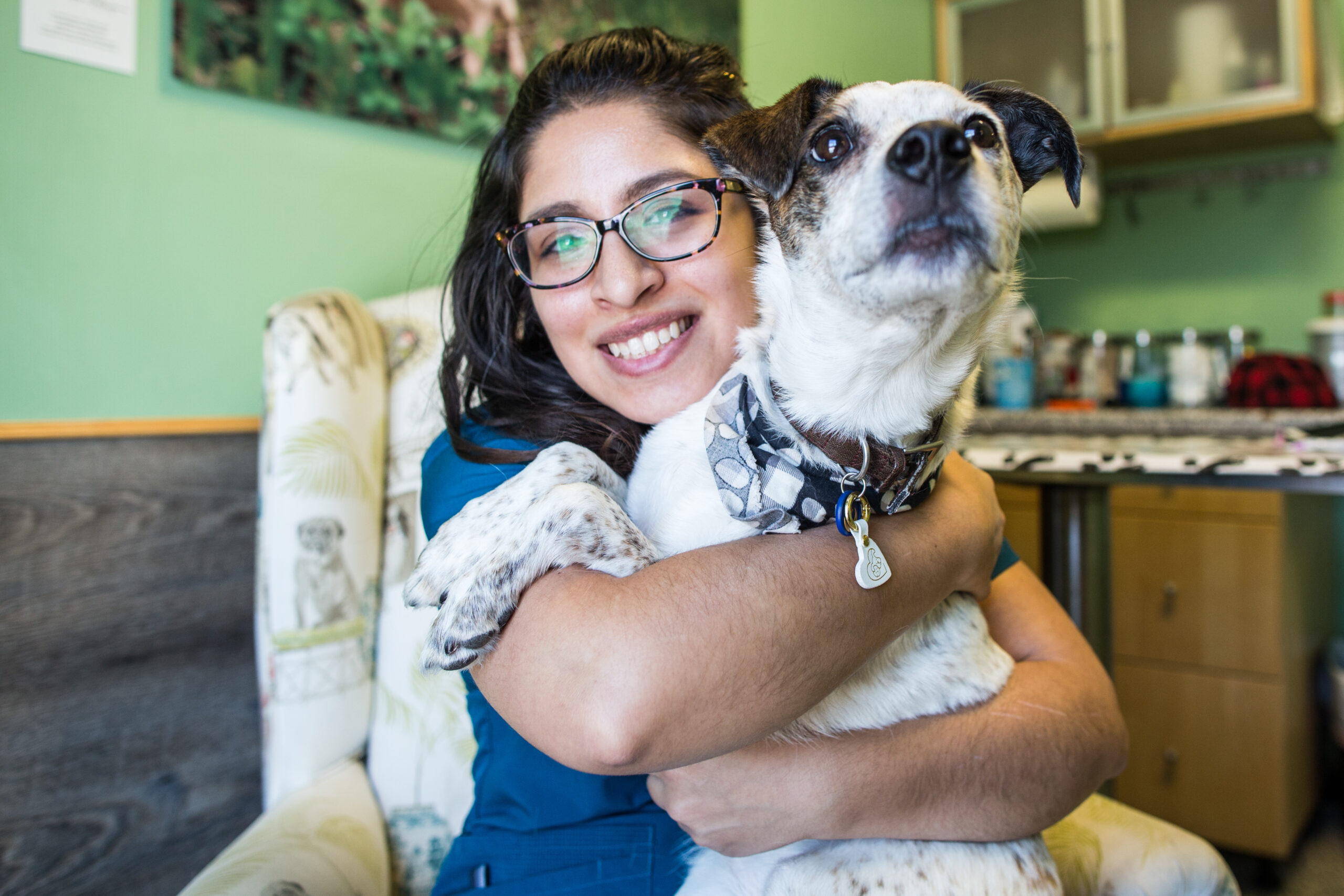 Rachel comes to Roosevelt with a Bachelors in Zoology from SUNY Oswego and in the past has worked as a zookeeper, sea turtle conservation volunteer, field amphibian researcher, primate behavior researcher, tutor, pet sitter, kennel worker, and a veterinary assistant.  In her spare time, she volunteers at the Maritime Aquarium and hangs out with her dog Freckles. 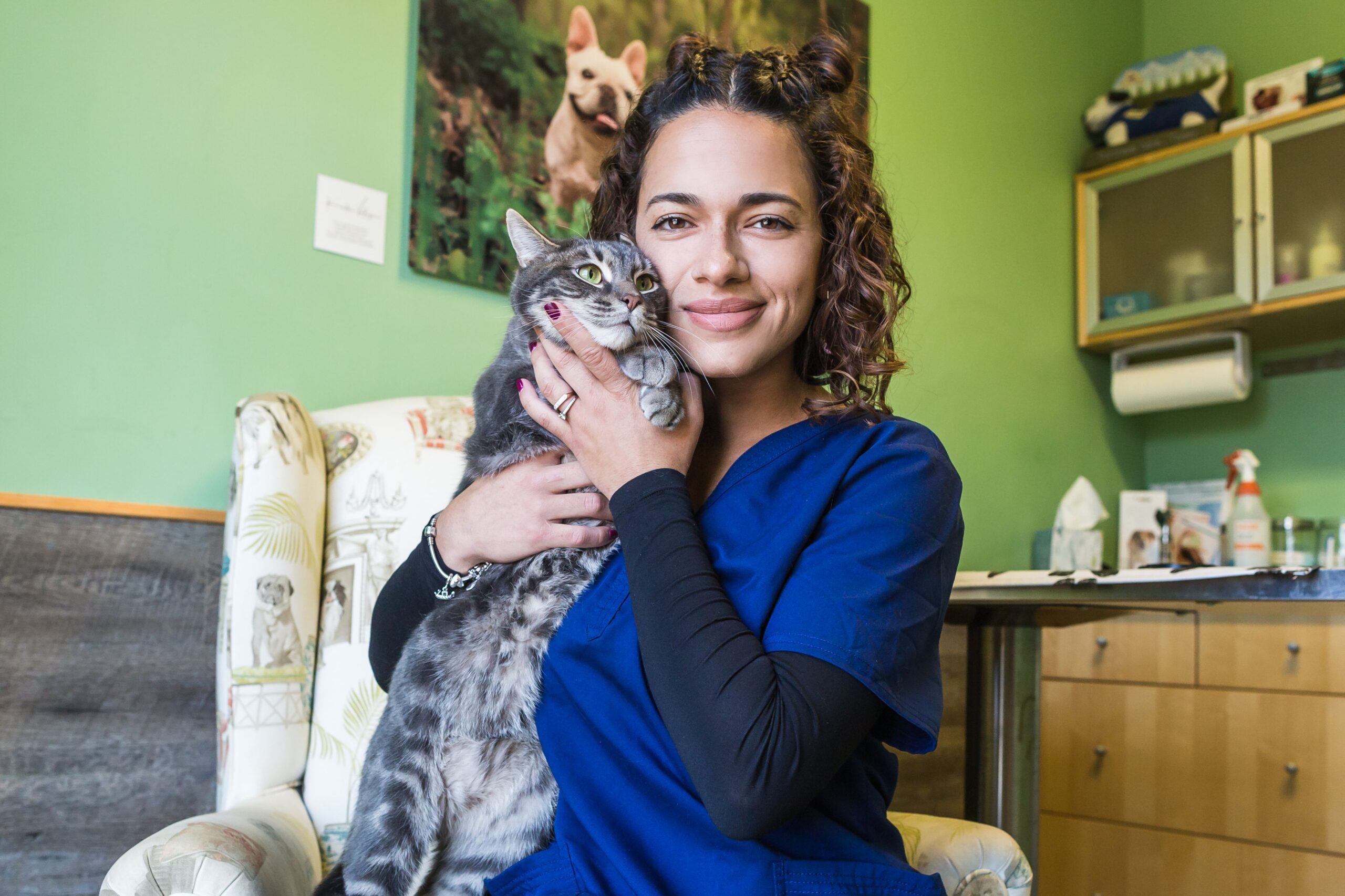 My name is Marietta (pronounced Mah-ri-eh-tah). When I’m not here I’m shooting people (like with a camera). My two loves are animals and artsy things, so I get to have the best of both worlds! I also love to Yelp and anything foodie related.

In 1997, Dr. Glassman and her family rescued a big boy dog from the Hyde Park Shelter in Poughkeepsie and named him “Roosevelt”.  Hyde Park is home to the Franklin D. Roosevelt Historic Site… hence the name choice.  When adopted, “Roosevelt” was already a full-grown pup and was said to be a mix of Golden Retriever and German Shepherd.  As time went on, Dr. Glassman suspected that he may have actually been a purebred Leonberger.  He accompanied Dr. Glassman to Ohio where she completed her Internship, then found his way back to the Hudson Valley as the pet of a licensed Veterinarian.  He stayed an active member of the family until 2005 which was the same year that Dr. Glassman opened her first practice in Brewster, NY.  When deciding what to name her Vet Practice, her beloved dog came to mind.  When thinking it through, she realized she was born at Roosevelt Hospital in NYC.  It seemed extremely appropo, that the birth of her first Practice would also be called “Roosevelt”. 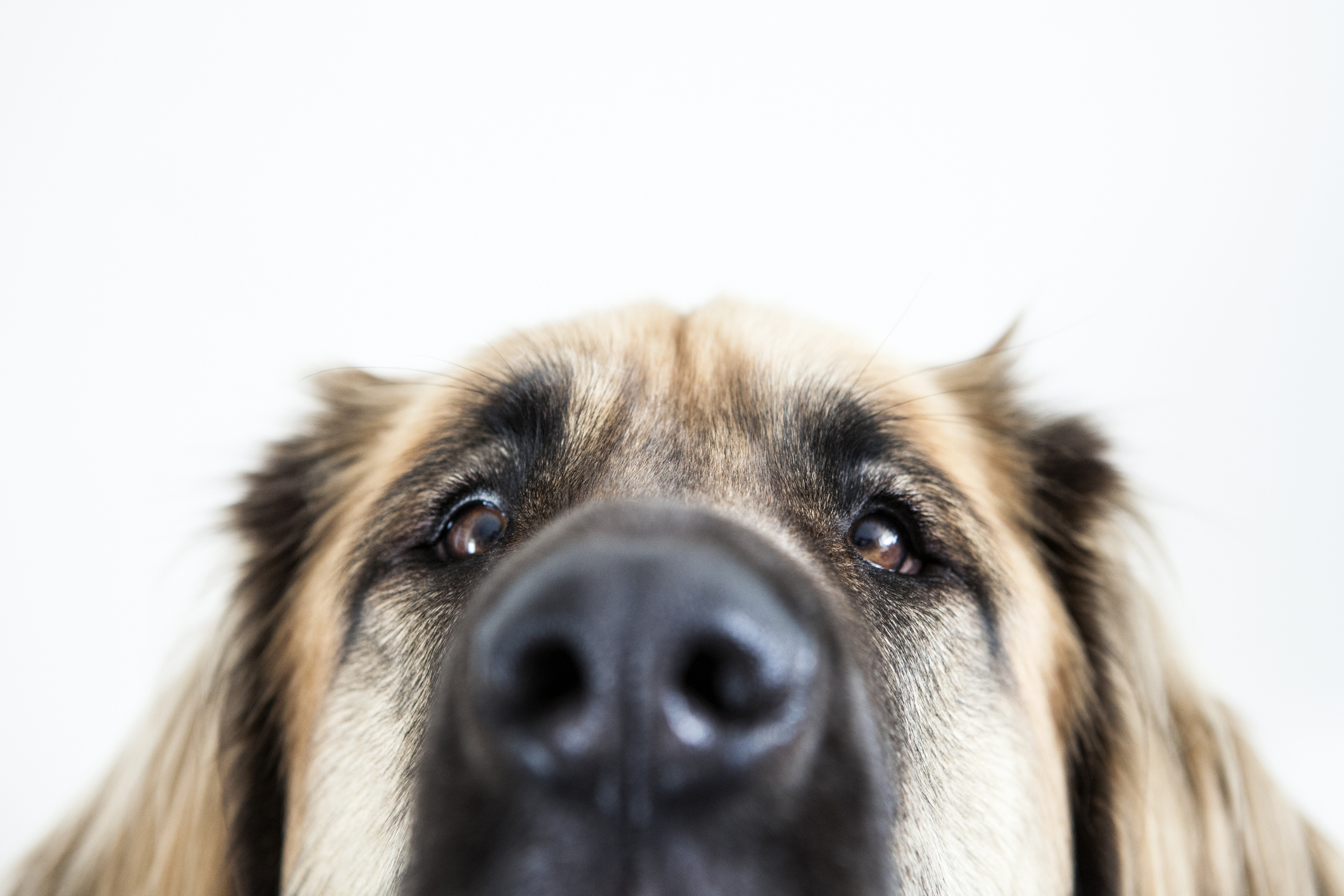